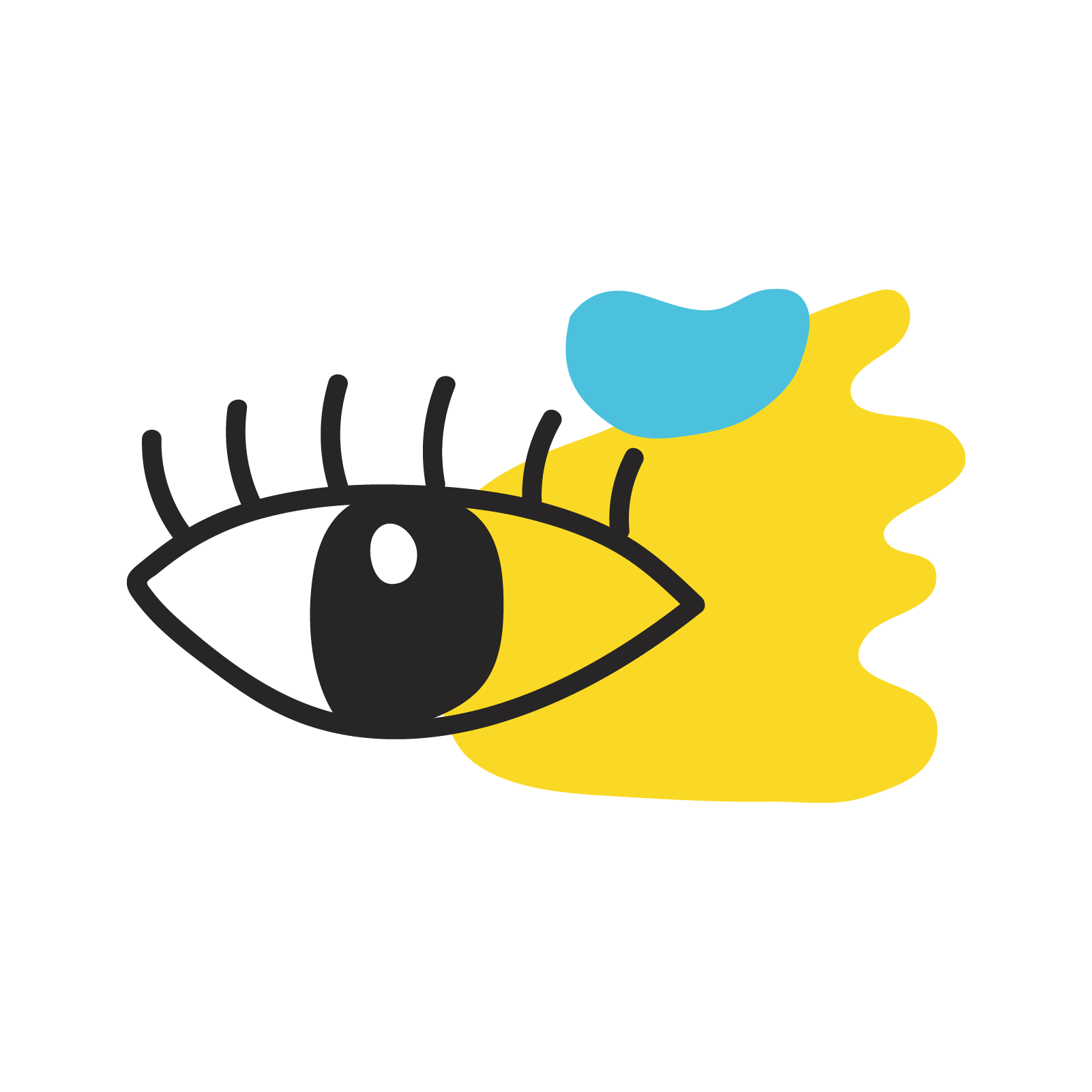 According to an old adage, history is the best teacher–so as the world anticipates the COVID-19 recession, now is the time to continue to connect with your customers through advertising. Let them know that you feel their pain and will continue to be there for them.

On April 14th, the International Monetary Fund warned that the global economy could face the worst recession since the 1930s. Just a few months prior, the IMF had projected a 3.3% increase for 2020–but as COVID-19 spread, the projection sharply shifted to a 3% decline.

The good news? This isn’t the first time the world has faced a recession. The globe has seen a number of economic downturns, with four global recessions occurring since World War II. And while it’s true that every recession is unique, one thing remains the same–businesses can (and will) come out the other side.

Typically, the same industries struggle in times of economic downturn: energy, textiles, transportation equipment, furniture and appliances, to name a few. One trend that supersedes industry, though, is advertising cuts–when the economy takes a hit, many advertising budgets follow suit. In the 2008 recession, for instance, ad spending dropped by 13% in the U.S. alone.

While this may initially appear mathematically sound–the less money expected to come in, the less a company wants to spend–the opposite is actually true. Studies going back as far as a century show that long-term success is largely impacted by advertising. So much so, in fact, that sales of aggressive advertisers had risen 256% over those that halted advertising by the end of the 1980s recession.

Clearly advertising is important, but so is how it’s done. Messaging cannot and should not remain stagnant in an ever-changing economic climate–as consumers’ buying behaviors change, so should the way companies market to them. According to an old adage, history is the best teacher–so as the world anticipates the COVID-19 recession, let’s look to the past in order to prepare for the future.

A fundamental pillar of advertising is assessing how to market to your target audience, whether current or potential customers. It is therefore crucial to evaluate the impacts of a recession on consumers before refining your message.

As of April, 43% of U.S. adults have lost income as a result of COVID-19. The nearly 17 million unemployment claims filed indicates an unemployment rate higher than 15%–meaning more people are out of work today than in the Great Recession.

When consumers are hit with job losses, pay cuts and a myriad of other economic uncertainties, history shows that they often fall into one of four mindsets. The Harvard Business Review describes these segments:

Even as consumers lose spending power, though, the ability for marketers to connect with consumers remains. Now that we have familiarized ourselves with recessionary consumer behaviors, let’s take a look at how past advertisers have appealed to similar audiences.

Advertising in a recession

As consumer attitudes toward spending change, businesses change in tandem. Many companies cut back as much as they can, and advertising is often the first to go. An IAB survey of marketing and advertising executives indicates that 70% of companies have already cut or frozen their ad for the first half of 2020, with 24% of the group cutting their spend entirely.

Some make these changes out of necessity, but others do so in anticipation of declining revenue. The latter, unfortunately, is a self-fulfilling prophecy–as companies decrease their advertising spend, they also decrease their market share.

In a study done by McGraw-Hill Research, 600 companies across 16 industries were analyzed from 1980 through 1985. Companies that cut advertising during both of the recessionary years maintained flat sales during the period and only modest sales growth over the next two years. Conversely, the companies that maintained their advertising experienced significant sales growth throughout the four-year period.

Therefore, the saying holds true: when times are good you should advertise–when times are bad, you must advertise. So if you have a choice, don’t cut your spend–instead, maximize it.

History has seen many successful campaigns during recessions, often by those who were willing to take a financial or creative risk to pull ahead. Here are our takeaways from these campaigns:

Be creative (with your ideas and your budget)

One of the upsides of advertising during a recession is that the so-called noise level can drop. With competitors potentially spending less–and therefore “speaking” less to your target market–there’s a huge opportunity to make a big splash with a creative campaign. Even on a reduced marketing budget, there are prime opportunities for cost savings–whether via a different medium like web ads or by simply getting creative with production. ‍

New Zealand Air did just that in 2009, when they created the Nothing to Hide ad to demonstrate their no-hidden fees policy. In it, airline staff (not actors) wore uniforms consisting only of body paint to illustrate their point that the price you see is the price you pay, period. This literally cheeky ad not only grabbed viewers attention, but also only took a day to make at a price point 85% cheaper than a major brand commercial.

In the same year, Pepsi also cut through the clutter by collaborating on three Saturday Night Live sketches that saw its product featured heavily by “MacGruber,” SNL’s humorous take on McGyver. This example of high-octane product placement even aired during the Super Bowl. Despite the cost of a commercial spot in the big game, Pepsi was able to cut overall costs and get people talking on their own–something only Pepsuber could do.

In 1973, Japanese car maker Toyota did just that by making the decision not to stop advertising in spite of the recession. By 1976, they had surpassed Volkswagen as the top imported car maker in the United States.

Kellogg’s also took advantage when Post, the dry cereal market leader at the time, slashed their marketing spend in the 1920s. Kellogg’s responded by not only doubling their budget but introducing a new product, Rice Krispies. As a result, their profits increased by 30% and they took the top spot in the category. Can you say (or yell) snap, crackle and pop?

In times of economic distress, consumers have decreased spending power. So it stands to reason that the more durable and cost-efficient your product or service is, the more it will appeal to the mass market.

One of the biggest winners during the 2009 recession was Amazon, who continued to innovate despite the downturn. The Kindle was welcomed by cash-strapped customers, who viewed it as an affordable way to read new books. This popularity led to not only a first–more e-books purchased on Christmas Day than physical–but to a 28% growth in sales.

If you can’t release an innovative product or lower cost alternative, though, you still have ways to incentivize your audience. A few tactics include: temporary price promotions, reducing the threshold for quantity discounts, credit extensions/layaway plans, service bundling and more.

And if all else fails, you can always be like Burger King and have your Facebook followers unfriend 10 people for a free burger.

Regardless of whether or not you increase affordability, experiment with new mediums, or get louder, you should do one thing when faced with an economic recession: lead with empathy.

No matter which of the four segments the majority of your customers fall into, all will relate to reassuring messages that reinforce the emotional connection with your brand. Loyalty programs, waived fees or payment relief, charity donations, and any action or communication that educates or empathizes with your consumers will help garner brand loyalty in the long run.

Perhaps one of our favorite examples is Hyundai’s extremely literal interpretation of this advice in 2009. Their campaign, smartly named “Assurance,” offered consumers the chance to buy a car–and return it if they lost their job. By recognizing unemployment as a real possibility and offering a solution, they attempted to increase consumer confidence while also lowering the risk faced by anyone looking to make an expensive purchase during the downturn.

Moral of the story

Consumers who are living in uncertain times are looking for a brand they can trust. Now is the time to continue to connect with your customers through advertising, letting them know that you feel their pain and will continue to be there for them. After all, we’re in this together.

Originally published May 07, 2020 by Chandra Lye
, updated on

Chandra is a professional writer and journalist with over 15 years experience. She is interested in technology, international development and archaeology. You can read more of her work here: http://chandralye.pressfolios.com/

The Definitive Guide to B2B Design