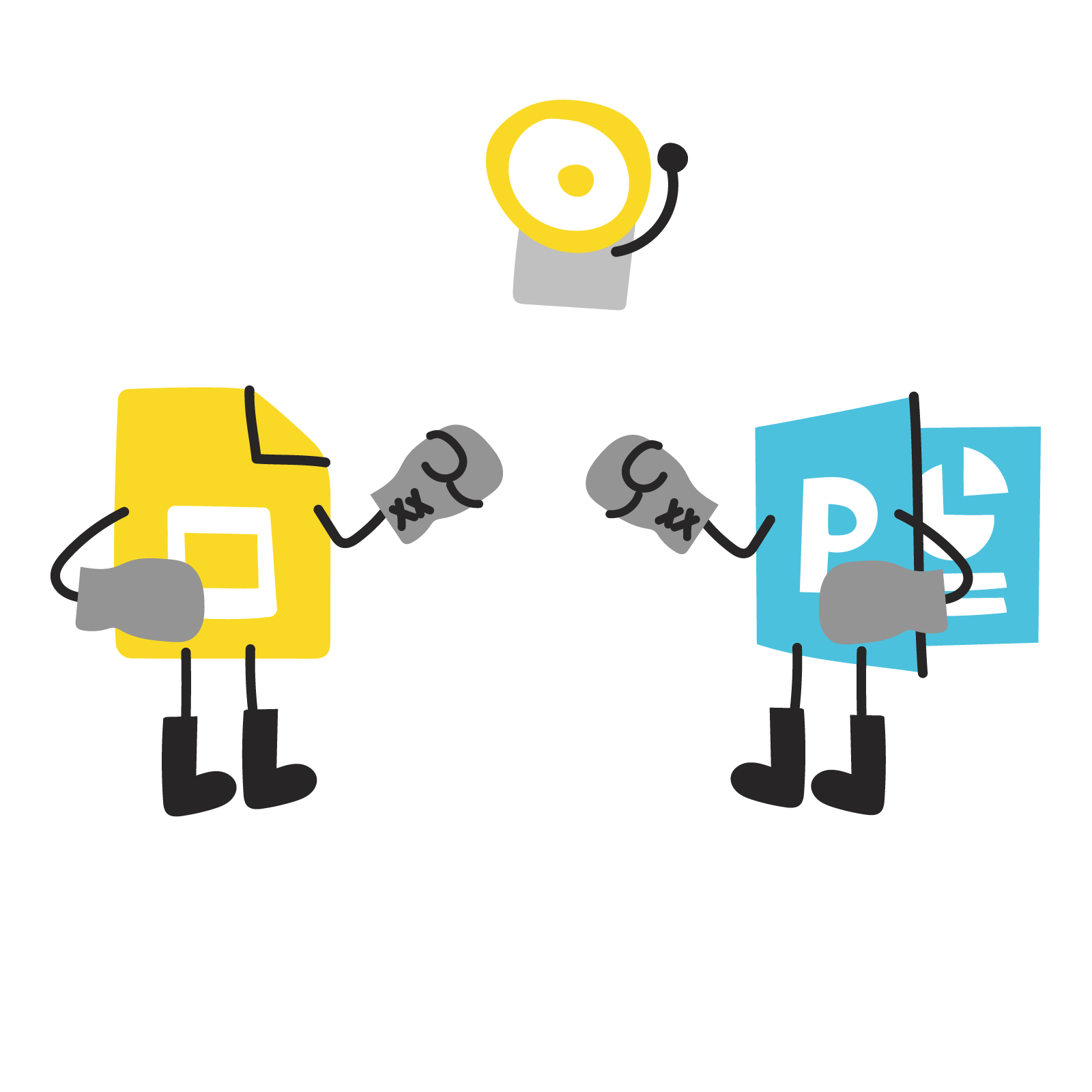 Google Slides vs PowerPoint: How to choose what’s right for you

PowerPoint or Google Slides? This comparison of the two should help you decide which one suits you better.

The great businessman, David Ogilvy, famously said, “Most people use PowerPoint like a drunk uses a lamppost–for support rather than for illumination.”

Although that statement may seem a bit harsh, many of the world’s top entrepreneurs, including Jeff Bezos, admit that they avoid PowerPoint like the plague.

For years, PowerPoint was everyone’s go-to when it came to presentations. Unfortunately, PowerPoint was, well, somewhat boring. Every slide looked the same, the speaker would often read directly off the slides, and there was a complete lack of impactful images and videos.

The situation changed in 2006 when Google released Google Slides. Finally, a competitor that gave everyone the chance to explore an option other than PowerPoint. Today, many still rely on PowerPoint and when used right, it is an effective tool.

So, how do you know whether you want to stick with your old pal PowerPoint or make the switch to Google Slides? A comparison of the two should help you decide which one suits you better.

Over the years, Microsoft has had a lot of time to develop PowerPoint, which has come a long way since its cringy clipart days. Believe it or not, a World PowerPoint Championship exists, where as many as 850,000 students from 119 countries participate.

For those interested in creating presentations, here’s how PowerPoint stacks up in regard to its features:

Microsoft has had more time to develop PowerPoint’s features, but that doesn’t mean Google can’t make a competitive option that excels in other areas. A lot of people love Google Slides because it:

Cost (this one has a clear winner)

Google Slides doesn’t cost anything. If you have a Google account, you can use Slides.

You can also get PowerPoint along with all of the other Office apps by signing up for Office 365. Office 365 will run you $6.99 per month or $69.99 per year for one user. That’s not expensive, but it certainly isn’t as cheap as free. Also, keep in mind that the online version of PowerPoint doesn’t give you as many features as the downloadable version.

NOTHING is more frustrating than losing your work. That moment you realize that hours of work are gone, all you can do is stare at your screen, wishing you could reverse the clock. If you can relate and want to avoid lost work while using PowerPoint, you’ll need to make sure you turn on PowerPoint’s AutoSave feature. Otherwise, it won’t save for you.

In comparison, Google Slides is more forgiving. It backs up your work every time you make a change. If you don’t like the work you’ve done, check out the version history and restore an earlier draft.

Fonts to give your presentations personality‍

Fonts can add personality and highlight the most important parts of your message. Your font choice can attract a reader, convey a certain feeling, and create harmony. In fact, researchers at MIT found that using the right font and layout can actually make you feel good. You should also be mindful of fonts that represent your brand—fonts that communicate who you are and what you stand for.

PowerPoint lets you add custom fonts that will help you personalize your work. However, the way your presentation looks on your computer does not always translate to other screens. Nothing is worse than creating a beautiful presentation, only to find that it looks completely different when you begin to present at a conference.

More for information, check out this resource—The ultimate guide to solving your PowerPoint font issues.‍

In contrast, Google Slides doesn’t allow you to upload custom fonts. That’s because they offer the Google font library, an extensive collection of different fonts. However, Google Slides does support commonly used fonts, including Calibri and Arial.

Collaborating with Google Slides and PowerPoint

Collaboration can be difficult or next to impossible with PowerPoint. You might run into problems if someone has a different version than you. For example, in order to effectively collaborate, everyone on your team will need to run PowerPoint 2010 or later. You will need to save your progress on OneDrive, then share.

Google Slides is all about seamless collaboration. Once you share the link with your coworkers, you can all contribute to developing the Google Slides presentation. It helps a lot that you always have the option to restore older versions. You can always throw them out if you change your mind.

Want to give your designer real-time feedback? Google Slides is the only way to go for that.

PowerPoint is the king of templates, offering the widest range of design choice. All of these templates are easy-to-edit and completely customizable. Having so many options makes it easy to create a memorable presentation, especially when you’re working against the clock. Whether you’d like to create a playful presentation or prefer a more formal approach, PowerPoint themes will allow you to create a presentation that truly represents your brand.

PowerPoint also gives you a ton of effects that can make your designs look a-maz-ing.

The downside is that some of the templates and effects only come with the desktop version.

Google Slides also has numerous templates. However, special effects are limited at this time, offering basic animations. In comparison to PowerPoint, you may feel a bit restricted in terms of your creative potential.

It’s time to make up your mind!

Whether you prefer PowerPoint or Google Slides probably depends on what you do.

Designers that want quick feedback from colleagues and clients will like Google Slides more because of its robust collaboration tools. Marketers and designers that want to focus on quality, however, will probably like PowerPoint because it has more features for developing professional presentations.

There are benefits associated with both PowerPoint and Google Slides. In order to decide which option is best for you, you’ll need to understand the unique advantages of both, based on what you’re looking for.

Krista graduated from the University of Guelph where she studied psychology and neuroscience. Still active in her research, she now focuses on all aspects of health — both mental and physical. Based on her strong research skills, she is confident in a wide range of topics. Her specialties are health, nutrition, neuroscience, and business. She also owns a small business, which is most certainly her creative outlet!

7 reasons to get your presentation professionally designed

Template
This is some text inside of a div block. 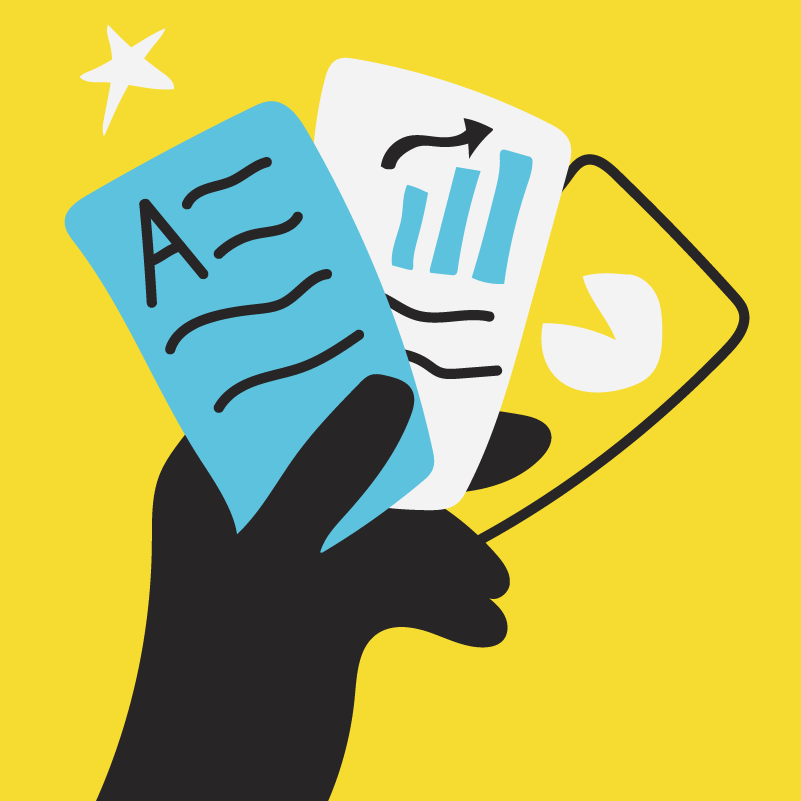 7 reasons to get your presentation professionally designed

When you need excellent results, and you need results quickly, a professional presentation designer can help you fast-track results. 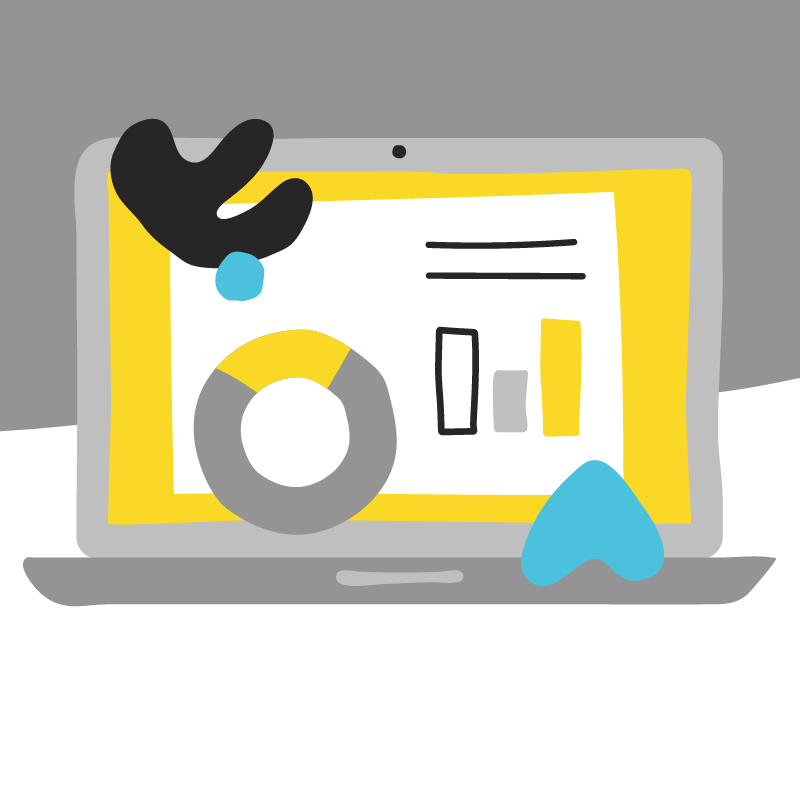 Making a great slide is both art and science. Watch our webinar to learn how.

Get professional design for your presentation