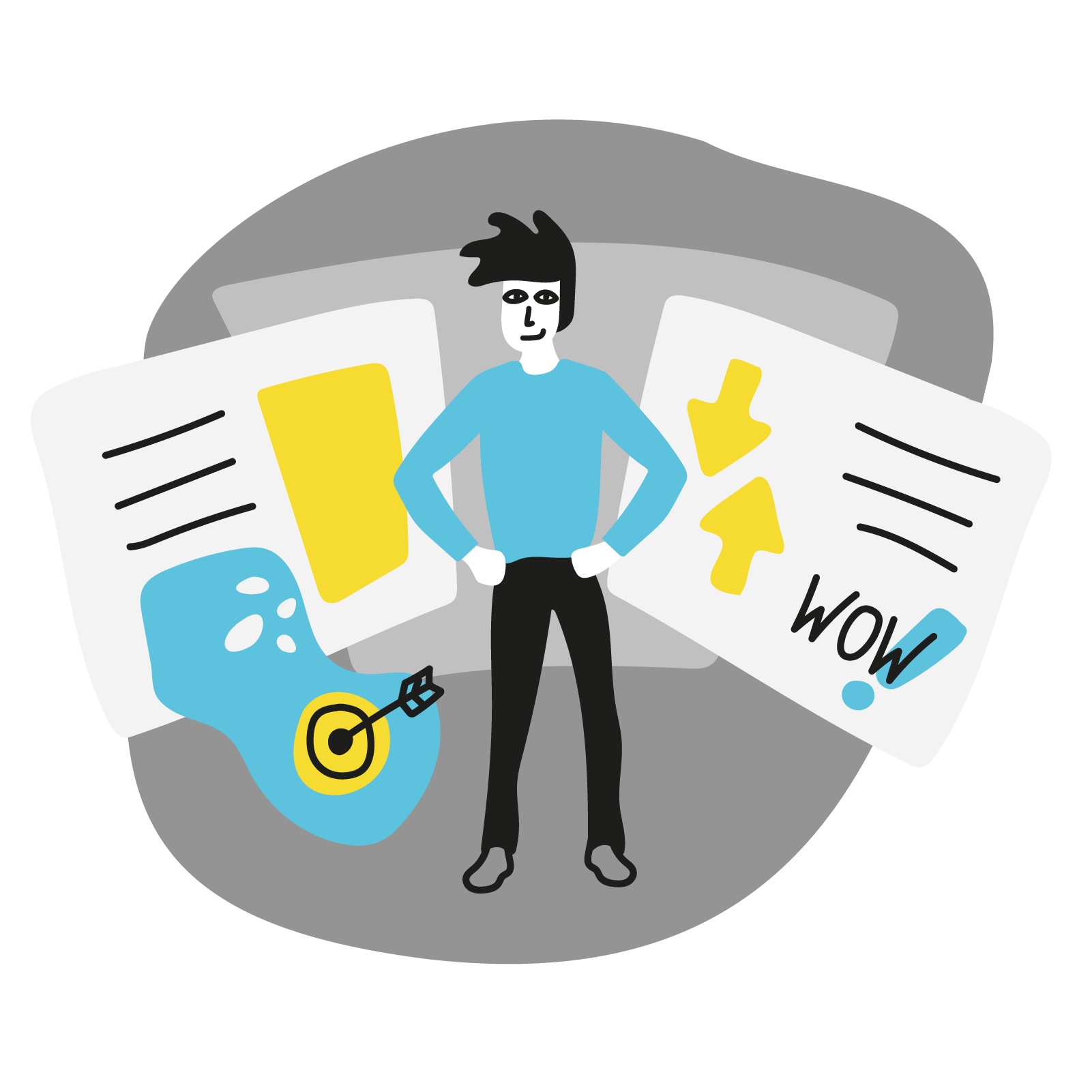 Messy backgrounds, incoherent graphs, and long-winded text bullets—the things many people hate about PowerPoint are the same things that should not be in PowerPoint in the first place. A person can mutilate data beyond comprehension with PowerPoint–or not. It is a deliberative choice made by the content owner, not a result of the program itself.

Stanley Allen McChrystal is a decorated four-star general who once commanded all American and coalition forces in Afghanistan. In other words, don’t get on his bad side.

But in the summer of 2009, that’s exactly what someone did—when they had the audacity to, in the thick fog of war, present him with...a PowerPoint slide.

“When we understand that slide we’ll have won the war.”
—Gen. Stanley A. McChrystal, Retired four-star general, U. S. Army
‍

“When we understand that slide,” he proclaimed, “we’ll have won the war.”

Other military commanders have retreated on their use of PowerPoint, including former U.S. Defense Secretary Robert Gates who, in his book Duty, called the tool “the bane of my existence in Pentagon meetings.” Individuals aside, even large government agencies as a whole have scaled back on its use because of its ability to spark dangerous, real-world consequences. A NASA investigation board, for example, concluded PowerPoint was to blame for the 2003 Columbia space shuttle disaster.

The bitter enmity on the enemy that is PowerPoint is long and familiar.

But it extends far beyond the battleground—to the boardroom.

In his 2018 annual letter, Amazon founder and CEO Jeff Bezos made it abundantly clear that PowerPoint was no longer invited to any meetings, replacing it with six-page narratives. And since then, many others have followed suit. “At LinkedIn," says the company’s CEO Jeff Wiener, “we have essentially eliminated the presentation.” And a scathing article by The Wall Street Journal purported that a culture of lengthy slides were to blame for car defects at General Motors.

This principle of collective defense against slide decks has formed a new kind of NATO—an alliance that stands firm in its promise to eliminate the use of munitions against their audiences.

But what is the conflict really about?

For all the uniqueness of these individuals, their situations, and their industries—from the military to corporate management—lies a common thread. Cull together each person’s distaste for slideshows, and an analogous theme emerges.

Too often, people are shown a slide and asked to decipher its hidden message, like a string of Morse code. There might be information that is useful, sure—and powerful. Yet it’s often camouflaged by meaningless color and messy backgrounds, incoherent graphs and pie charts, and long-winded paragraphs and bullets of text with arcane terminology.

Those are all strong, valid reasons to dislike slide decks.

But banishment is where the proverbial battle line is drawn in the debate.

An unpleasant PowerPoint presentation could be the result of any number of things—the amount of time the presenter had to create it (or lack thereof); maybe they just didn’t have a good grasp of how to use the software; or perhaps it is their flow (their story plain old sucked). “Put another way, people often aim their anger at the wrong target,” says David Mack, co-founder of SketchDeck. “Incidents like the Columbia space shuttle and car defects are not the result of the tool but rather, the user of the tool.”

Because, as it turns out, PowerPoint, when used right, can be a very influential, persuasive vehicle. In fact, it’s a great way to get a parent to say yes to, well, just about anything—new clothes, a puppy, tickets to see the band One Direction, even a log cabin.

So, to use it, nor not to use it—that is the question.

“It’s not a yes or no question,” says Mack. “But rather, a when and how question.”

First, make sure PowerPoint is right for your topic or story, and if not, change the medium. Many times, what one wants to say doesn’t fit the format in which they are trying to say it. And there are many formats for this reason—from scientific papers, to engineering reports, to business communications, to speeches, to presentations, and much more. It is about knowing when to—and when not to—use PowerPoint.

But sometimes, we don’t have that luxury.

From Foe to Friend

There comes a time in everyone’s life when they are asked—or told—to “give a presentation.” You might be in that position right now. In this case, know how to use it to effectively, and visually, tell your story.

Mack has got a few tips:

With so many fundamentally different mediums of communication, it’s important to remember that each is important in its own right and context. Simply put, banning PowerPoint altogether does not fix the problem. It just pushes the problem to another medium, one that could also be misused and abused.

The very things McChrystal, Gates, NASA, Bezos, Wiener, and many others all hate about PowerPoint are the same things that should not be in PowerPoint in the first place. Audience confusion, misunderstanding, boredom—all these are usually a failure of content design, not the software itself. Said Mack: “Really, PowerPoint can be a wonderful thing. Give yourself some room to be creative, open a blank slide and doodle, or take a slide you hate and just delete half of it. When we escape our usual constraints, so much is possible.”

From the war room to the boardroom, it’s high time we lifted the sanctions on presentations and viewed PowerPoint as a friend—not a foe.

By the way - SketchDecker Monet also has some valuable tips to help you out. Check them out here, here and here. Have fun!

Jonathan Weitz is a New York-based communicator, marketer, and writer who enjoys the great art of pour-over coffee and procrastination.

Scalable design: How to use SketchDeck for growth

The Definitive Guide to B2B Design